Middle-aged siblings Vanya and Sonia have never left the confines of their childhood home in Bucks County, Pennsylvania. After spending their adulthood looking after their now-dead parents, neither has a job, and money is provided by their movie star sister Masha, who owns the house
and pays the bills.

Their bucolic bliss is thrown into disarray when Masha returns home with her new, rather young, lover in tow, sparking a fiery bout of rivalry.

Vanya and Sonia and Masha and Spike premiered at the McCarter Theatre in Princeton, New Jersey in 2012 and transferred to Broadway in 2013.

Actor / playwright Durang wrote the characters of Masha and Sonia for his longtime friends Sigourney Weaver and Kristine Nielsen. He wrote the character of Vanya for himself but David Hyde Pierce (Dr. Niles Crane on the sitcom Frasier) originated the role. Pierce actually made his Broadway debut in another Durang play, Beyond Therapy, in 1982 (Beyond Therapy was produced by the Belfry in September 1988).

Season Sponsors
The Belfry is generously supported by The Times Colonist, Thrifty Foods and Cook’s Day Off.

Government Funders
The Belfry is funded by the Canada Council for the Arts, the Province of BC, BC Arts Council,
CRD Arts Development and the City of Victoria.

Ticket Information
Tickets for Vanya and Sonia and Masha and Spike range from $23 to $52 (plus GST). Tickets for High School Students are 50% off and 25% off for University & College Students. Tickets are available at 250-385-6815 or online at tickets.belfry.bc.ca.

B4Play - Saturday, April 11 at 11am
Join CBC Radio’s Gregor Craigie for a live talk show with artists from Vanya and Sonia and Masha and Spike and some very special community guests. Free event.

Afterplay Weeks - April 21– 25 / May 5 – 9
Following selected performances of Vanya and Sonia and Masha and Spike, we’ll host Afterplay – a facilitated discussion where patrons can share their thoughts with fellow audience members. It’s a chance to“debrief”after the show and hear how other audience members experienced the play.

Talkback Thursday - Thursday, April 23
Following the 8pm performance of Vanya and Sonia and Masha and Spike, join the actors from the show and your fellow audience members for a 20-minute Q & a session.

Free Childcare Performance - Sunday, April 26 During select Sunday matinee performances, we offer free, professional childcare (ages 3–10) at the Springridge Early Childhood Centre at 1222 Gladstone Avenue, just a block from the Belfry (free parking is available right across the street in the Victoria High School parking lot). We only have a limited number of spots available. To book tickets and childcare, call our Box Office at 250-385-6815.

Booksmack ! - Monday, April 27 at 7:30 pm
The librarians are back! Fast, furious and fun, Greater Victoria Public librarians return to the Belfry for Booksmack. They will let their hair down, take off their glasses and speed review their favourite books. Deborah Williams from Vanya and Sonia and Masha and Spike will be joining the librarians for this special event. 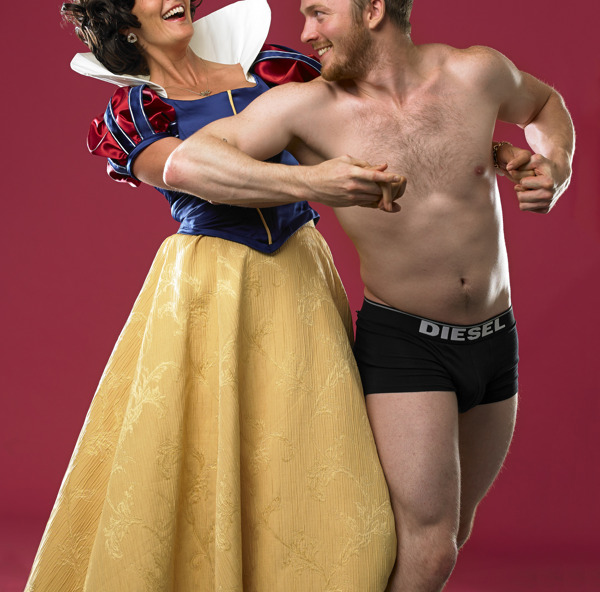