“Relentlessly topical – and deeply empathetic” The Globe and Mail

The Valley was inspired by real events and explores the complicated and sometimes volatile relationship between law enforcement and people in the grip of mental illness.

Joan has an incredible ability to take the large social issues we all struggle with and distill them into compelling and moving stories that resonate on a deeply personal level.

“MacLeod has a wonderful ear and eye for the everyday details of Canadian life.” Calgary Herald

Her previous work, Amigo’s Blue Guitar (Belfry 1991), dealt with refugee resettlement and The Shape of a Girl (Belfry 2002) explored the aftermath of a high school bullying tragedy.

In The Valley, a dramatic police encounter at a Vancouver SkyTrain station binds four people together - Connor, an aspiring novelist who has just dropped out of university; his mother Sharon, who is dealing with his erratic behaviour; Dan, a new father and Vancouver police officer; and Janie, his wife, who is struggling with the demands of motherhood. As their stories intertwine and unfold, we learn just how hard it is to do the right thing.

“A wonderful piece of writing…not to be missed” Toronto Star

Translated into eight languages, her work has been extensively produced around the world. Multiple simultaneous productions of her hit play The Shape of a Girl toured internationally for four years, including a soldout run in New York. Her play Amigo’s Blue Guitar won the 1991 Governor General’s Literary Award for Drama. Her Governor General’s Award nominations include one in 1996 for The Hope Slide / Little Sister and one in 2009 for Another Home Invasion.

In 2011 Joan won the Siminovitch Prize for Theatre, which honours a professional director, playwright or designer who is an acknowledged leader in the theatre and whose work is transformative and influential. Joan is working on a new play entitled Gracie, which will premiere next year, and she continues to teach at the University of Victoria.

Audience Events during The Valley

Tower Talks
Catch an in-depth conversation with an artist from each Mainstage production in our new video series, Tower Talks. We post these to our website and YouTube channel.

We only have a limited number of spots available. To book your tickets and a spot for your kids, please call our Box Office at 250-385-6815.

Afterplay
Following every evening performance of The Valley (except Opening Night and Talkback Thursday), we’ll host Afterplay - this facilitated discussion series offers patrons the opportunity to share their thoughts with fellow audience members after the show.

On the second Thursday performance of each show, we bring the backstage experience onstage. After the curtain call, some of the actors return to the stage to answer your questions and offer insight into the play you have just experienced. These Q & A sessions last 15 – 20 minutes.

Trained Audio Describers provide descriptions of the visual elements of the show, allowing people with low vision to enjoy the theatrical experience without missing any of the details. VocalEye performances at the Belfry are generously supported by Aroga Technologies.

40th Anniversary Season Sponsors
The Belfry is generously supported by The Times Colonist, Thrifty Foods, Cook’s Day Off and Helijet.

> available at the Box Office 30 minutes before each evening performance (Tuesday to Friday),

> subject to availability, and 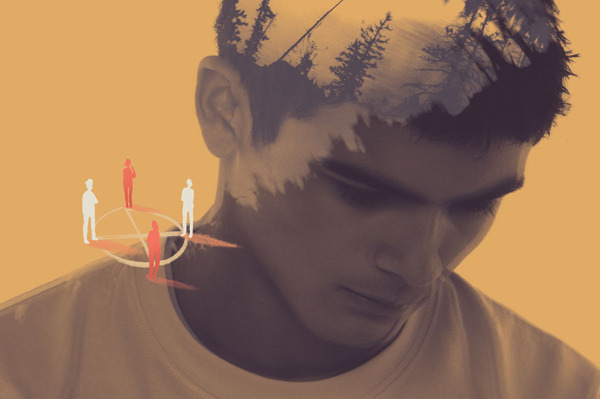