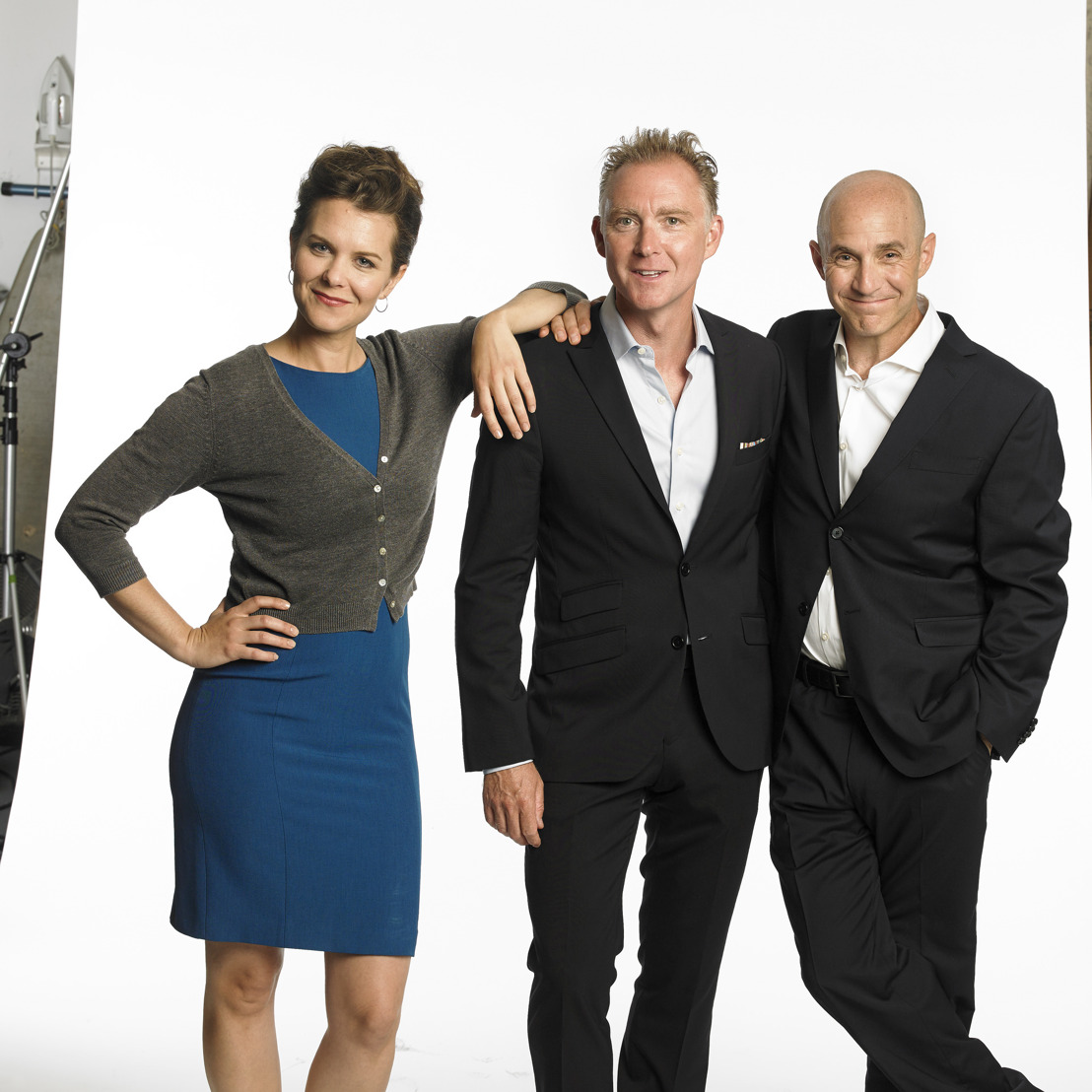 Hollywood producer Bobby Gould has just been handed a sure-fire hit – a blockbuster – that could catapult him and his old friend Charlie Fox into the big money. Or, he could make the “important” art house flick that his oh-so-attractive office temp is urging him to do. A savagely funny exposé of Hollywood and the male psyche.

No stranger to Hollywood, David Mamet wrote the screenplays for Wag The Dog and State And Main, (both about the film business) as well as Ronin, The Verdict, The Untouchables, Hannibal, Hoffa and Glengarry Glen Ross, among many others. His play, Sexual Perversity in Chicago, has been made into a movie twice, About Last Night (in 1982 and 2014). This past April it was announced that Speed-the-Plow is headed for the big screen with Mamet himself adapting the screenplay.

“After re-reading this script I said to myself, “Just do it!” It’s a guilty pleasure – sexy and funny and nasty. Mamet wrote this play shortly after directing his first film, so he uses his black and edgy humour to thoroughly skewer Hollywood. I love its combination of baser instincts and a not-quite-absent moral compass.” Michael Shamata on why he chose this play.

40th Anniversary Season Sponsors
The Belfry is generously supported by The Times Colonist, Thrifty Foods, Helijet and Cook’s Day Off.

> available at the Box Office 30 minutes before each evening performance (Tuesday to Friday),
> in person only,
> subject to availability, and
> 40% off our regular Zone 2 (Yellow Section) ticket prices.