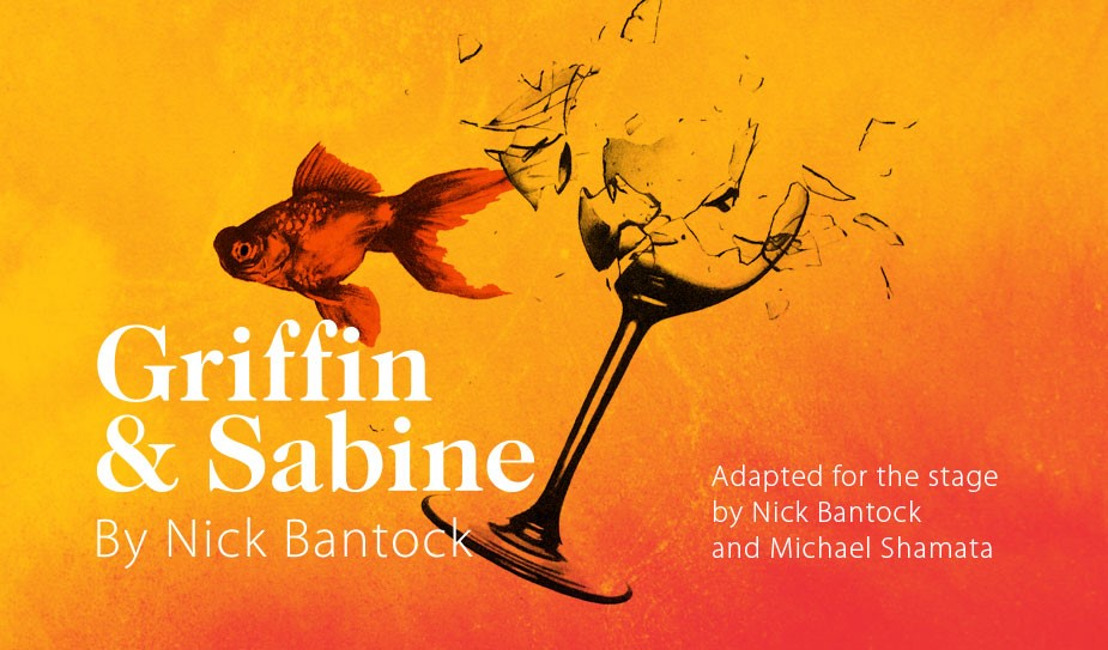 Published in 1991, Griffin and Sabine: An Extraordinary Correspondence (the first book in The Griffin and Sabine Trilogy) shot up the bestsellers’ list and remained there for nearly two years. The play, Griffin & Sabine, follows the trilogy, and includes The Pharos Gate, written in 2016, which concludes Griffin and Sabine’s story.

Griffin & Sabine is part romance and part mystery. Griffin Moss is a lonely artist in London who makes postcards for a living. His life is changed forever when he receives a cryptic postcard from Sabine Strohem, a woman he has never met. She is an artist who illustrates postage stamps, and lives in the South Pacific. The two begin “An Extraordinary Correspondence.”

Directed by Michael Shamata, Griffin & Sabine stars Yoshié Bancroft (Sabine) and Matthew Edison (Griffin). Yoshié has starred in Home is a Beautiful Word (2014) and Vanya and Sonia and Masha and Spike (2015) at the Belfry. Matthew starred in Hannah Moscovitch’s What a Young Wife Ought to Know (2016 SPARK Festival).

Using Bantock’s gorgeous imagery (his epistolary novels are a treat for the senses) the play conjures up the romance and drama that put the Griffin & Sabine saga on the New York Times bestseller list for over 100 weeks.

“The remarkable Nick Bantock lives in our community, and his enchanting story – together with his breathtaking artwork – were a part of my history. The chance to put these characters and images onstage is delicious and irresistible.” Michael Shamata

Nick and Michael have spent the last year adapting the novels for the stage. Through a series of workshops with actors and working with the design team for the show, they seek to replicate the rich, dreamlike beauty of the novels.

Nick Bantock was schooled in England and has a BA in Fine Art (painting). He has authored 30 books, 11 of which have appeared on the best seller lists, including three books on the New York Times top ten at one time. The best selling Griffin and Sabine stayed on that list for over two years. His works have been translated into 13 languages and sold over five million copies worldwide.

Once named by the classic SF magazine Weird Tales as one of the best 85 storytellers of the century. Nick has written articles and stories for numerous international newspapers and magazines. His paintings, drawings, sculptures, collages and prints have been exhibited in shows in UK, France and North America.

Nick has a lifetime BAFTA (British Oscar) for the CD ROM Ceremony of Innocence, created with Peter Gabriel’s Real World. For 20 years he’s spoken and read to audiences throughout North America, Europe and Australia, given keynote and motivational speeches to corporations and teachers’ state conferences. He’s worked in a betting shop in the East End of London, trained as a psychotherapist, and designed a house that combined an Indonesian temple, an English cricket pavilion and a New Orleans bordello.

Between 2007 and 2010 he was one of the twelve committee members responsible for selecting Canada’s postage stamps. Among the things he can’t do: can’t swim, never ridden a horse, his spelling is dreadful and his singing voice is flat as a pancake.

Meet the actors post-performance when they return to the stage to answer questions and provide insight into the play.

For patrons with low or no vision, we offer this VocalEye performance during Griffin & Sabine. Trained Audio Describers provide descriptions of the visual elements of the show, allowing people with low vision to enjoy the theatrical experience without missing any of the details.

Season Sponsors
The Belfry is generously supported by The Times Colonist and Helijet.

Public Funders
The Belfry is funded by the Canada Council for the Arts, Canadian Heritage, the Province of BC, BC Arts Council, CRD Arts Development and the City of Victoria.

Ticket Information
Tickets for Griffin & Sabine range from $20 to $54 (plus GST). Tickets are available at 250-385-6815 or online at tickets.belfry.bc.ca. Prices are subject to change.