Life seems like one big To Do list for Minnie: a middle-aged, middle class, mildly medicated mother, wife and self-employed “daughter for hire.” What she needs is a weekend away with her BFF.

“Deborah Williams played dear, sad Sonia in Vanya and Sonia and Masha and Spike, and is one of the writer/performers of Mom’s the Word. This is the first play that Deborah has written on her own and we’ve been involved in the script’s development for a couple of years. I programmed this play because it speaks to our audience, and it speaks with Deb’s wry, sardonic sense of humour, and her enormous heart.” Michael Shamata

Deborah is an insightful performer and writer known for her dark eye for comedy. She is a graduate of the acclaimed Studio 58 acting program in Vancouver, and has worked on stages across the country for the past 20 years.

Her television credits include two seasons of writing and performing comedic monologues for Life Network's "Family and Friends", CBC's "Spilled Milk" and “Becoming My Mother” for the CBC Winnipeg Comedy Festival. Deborah is the host of The Flame storytelling series in Vancouver and at the Belfry.

Taking Off will play in the Belfry’s Studio A - seating is limited.

Live Events during Taking Off

TALKBACK THURSDAY
Thursday, March 2
Meet actor Deborah Williams post-performance when she returns to the stage to answer questions and provide insight into the play.

Ann-Bernice Thomas, Victoria’s 2016 Youth Poet Laureate, uses her voice to rally social change with themes of immigration, identity, feminism, sexual education, mental health, and racism. She is pleased to have acted in an Anti-Bias Show, aimed to help bridge the gap between police, immigrants, and ethno-cultural community.

Maureen Washington always delivers a thrilling, energetic and soulful performance of jazz and blues with her trio. She has won several awards including being named 2014 Black Canadian Awards Best Jazz and Soul Artist. She is backed by Karel Roessingh – piano, Joey Smith – bass, Damian Graham – drums.

Admission by donation. Co-sponsored by the BC Black History Awareness Society, the Greater Victoria Public Library, the Belfry and the Government of Canada.

Season Sponsors
The Belfry is generously supported by The Times Colonist, Thrifty Foods, Cook’s Day Off and Helijet.

Ticket Information
Tickets for Taking Off start at $30 (plus GST). Tickets are available at 250-385-6815 or online at tickets.belfry.bc.ca. Prices are subject to change. 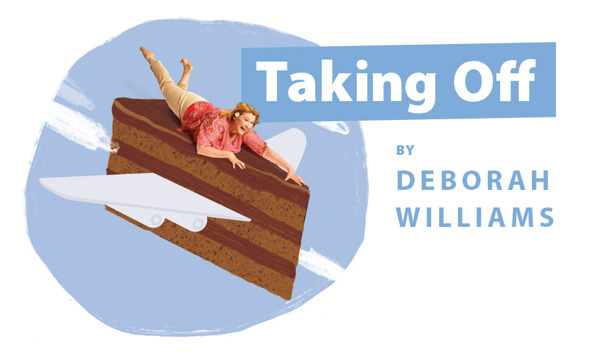