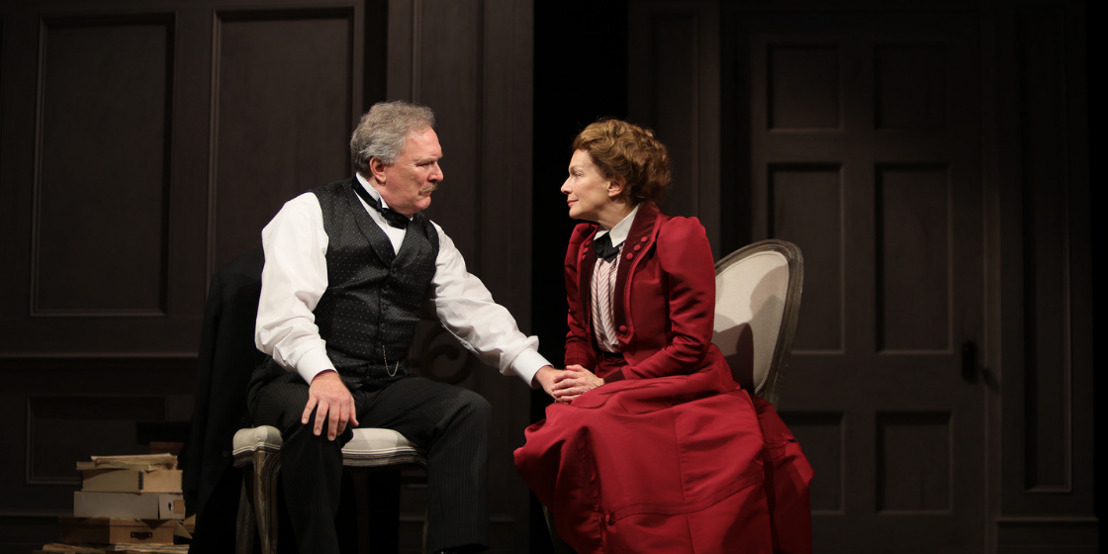 In 1879, when Nora left her husband and children at the end of Henrik Ibsen’s A Doll’s House, her door slam reverberated around the world, creating a storm of controversy; much of it focussed on Ibsen’s clarion call for gender equality.

Hnath’s stunning new drama begins with a knock on that same door 15 years later, as Nora returns with an urgent request, confronting husband, daughter and the woman who raised her children.

“.. endlessly stimulating…stirs the heart even as it invigorates the mind…” Broadway News

A Doll’s House, Part 2 premiered at South Coast Repertory in Costa Mesa, California in April 2017. Two weeks later, a separate production opened on Broadway at the John Golden Theatre. The play was nominated for a Tony Award and actor Laurie Metcalf won the Tony Award for her performance as Nora.

Why I Chose This Play - “It is simply stunning! The intellectual excitement is palpable, as arguments around gender, marriage and family are turned upside down and inside out.” Michael Shamata

Hnath’s plays include The Christians, Hillary and Clinton, Red Speedo, A Public Reading of an Unproduced Screenplay About the Death of Walt Disney, Isaac’s Eye and Death Tax. His work has been produced at Mark Taper Forum, New York Theatre Workshop, Royal Court Theatre and Soho Rep. He is the recipient the Kesselring Prize, a Guggenheim Fellowship, and an Outer Critics Circle Award for Best New Play and an Obie Award, both for The Christians.

Podcasts
Our podcasts of B4Play and The Flame are available at belfry.bc.ca/podcasts.

To help young parents experience the Belfry, we offer inexpensive tickets and free childcare (for children aged 3 – 10) for young families on select weekend afternoons. Children are cared for by a trained, professional Early Childhood Educator (ECE). Childcare space must be reserved in advance, at least 1 week prior to your chosen performance. To learn more, please email us at hello@belfry.bc.ca, or call the box office at 250-385-6815 to reserve tickets and free childcare.

Facilitated discussions – audience member to audience member – will follow every evening performance of A Doll’s House, Part 2 (except Opening Night and Talkback Thursday). These are a great opportunity to share your thoughts and hear fellow patrons’ reactions to the production and the ideas it presents.

Meet the actors post-performance when they return to the stage to answer questions and provide insight into the play.

For patrons with low or no vision, we offer this VocalEye performance during A Doll’s House, Part 2. Trained Audio Describers provide descriptions of the visual elements of the show, allowing people with low vision to enjoy the theatrical experience without missing any of the details.

The Belfry is generously supported by The Times Colonist and Helijet.

The Belfry is funded by the Canada Council for the Arts, Canadian Heritage, the Province of BC, BC Arts Council, CRD Arts Development and the City of Victoria.